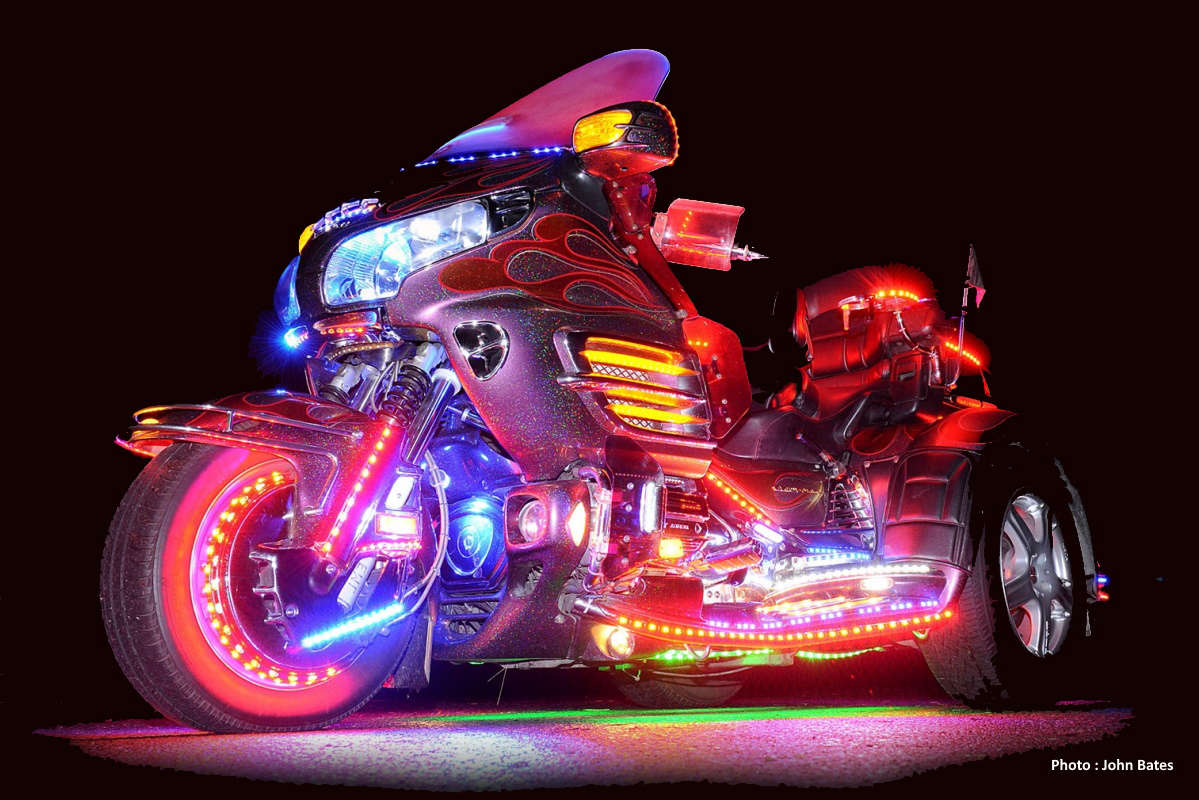 The Scarborough Goldwing Light Parade is at last returning to the town on 10th September 2022.

This magical event, which attracts thousands of spectators from far and wide since it began in 2008 features a fabulous parade of illuminated bikes with music that tour around Marine Drive after dark, ending with a spectacular fireworks display.

The parade begins at 8pm, although there is a static display of the bikes during the day and the fireworks display rounds off the evening at 9pm.

To register for this event please visit the following URL: https://www.facebook.com/ScarboroughGoldwingLightParade/ →